We are proud to say that our team have considerable industry experience coupled with high level recruitment expertise.  We can honestly say we are well into double figures when it comes to years of experience!

This combination ensures we deliver on our service pledge and demonstrates our ability to understand your commercial environment, take an holistic view and find your next candidate.

Qualifying from Hull University in 1994 with a BSc and MSc in Physics & Applied Physics, focusing on Liquid Crystals, Laser Technology and Optoelectronics, Patrick went straight into a role within a German Research Institute as a Development Engineer. During his time here he travelled around Europe and was very much involved in the development of Laser machining centres for the fabrication of 3D optics. He returned to the North East in 1997 where he spent 2 years with Schott Industrial Glass in another development role. From there he moved to a more senior position with LG Philips. As Senior Development Engineer, he played a key role within the European Development Team for flat screen televisions, supporting manufacturing sites in Germany, France, UK & Mexico.
After 5 years he moved to a technical role with a manufacturing business and it was at this point Patrick was approached about a move into recruitment. In his engineering based roles, Patrick had been heavily involved in processes and people with a real leaning towards productivity. He was interested to take his combination of skills and passion for people and use in a new environment.
From 2009 to 2016 Patrick had senior positions in recruitment businesses across the region with a particular specialism in engineering and scientific. It was in 2016 that Patrick had his light bulb moment and spotted an opportunity to take a fresh look at how recruitment could support aspiring businesses. 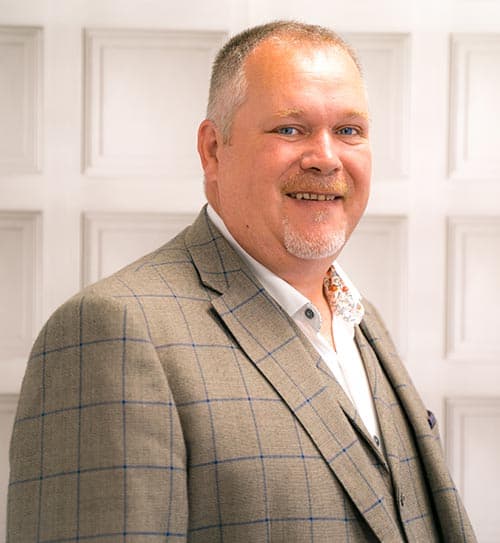